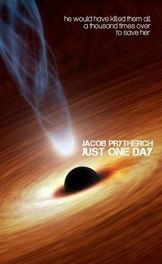 I’m not a fan of zombie apocalypses, but always a fan of time travel, time distortions and Groundhog Day scenarios. This story could have gone either way.

It very easily gets a ten. The story is short, fast paced and every part of it works well. From the back-stories of minor characters, the fact that the engineer doesn’t have a name or a story of his own, to the cliché hero, all driving to an ending that… I can’t say much about without spoiling it. It is both worthwhile and hopeless at the same time. There are so many levels to such a short story. 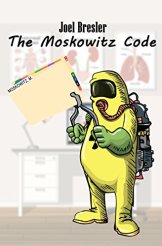 When your doctor makes a typo, it’s supposed to be no big deal. Everyone makes mistakes, obvious mistakes are easily corrected and life goes on without any fuss and nothing even worth remembering. Except if you happen to be Myron ‘Mike’ Moskowitz.

A simple typo during a doctors visit leads to a series of events that happen to lead to Mike ceasing to exist in all respects but the unimportant being-alive-and-breathing one. Without an identity, Mike finds life rather difficult and he becomes more and more desperate to get himself back on the grid. How fortunate he has help…

There’s a lot of humour in these pages, alongside a gentle dig at how much of our lives depend on other people admitting we are alive, and being a part of a system that we’re born into but can do little to change. There’s some sort of lesson in here about common sense, too, and how devoid of it government can be. 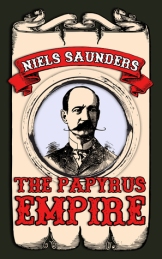 This one is not like the author’s other two books. While it’s as well written and hard to put down, it’s far darker and without the fluffiness, leaving me feeling the same as when my cute little kitty comes for a cuddle with her claws out. While the writing remains the same, the depth isn’t hidden behind humour.

On a night out, Tommy finds ‘perks’ instead of cash at the cashpoint. While he’s sure it’s a joke, he has a go at spending them anyway… and the story flies away from there. It gets more and more extreme, darker with each page, and while any single event, to describe on its own might sound ludicrous, within the story and seeing how events unfold, everything works. It all makes perfect sense.

Of course, there is more to the story than the story being told. The way the characters see each other, how they interact with each other and the way they choose their sides, follow their leaders sometimes rabidly, showed not just a conspiracy-nut dream but a society within society, functioning the same way, and showing the maggot-rotten side of us we don’t like to admit exists.

It’s set in the same universe as Grand Theft Octo, and leaves me wondering/hoping we’ll see more of those characters in the future. 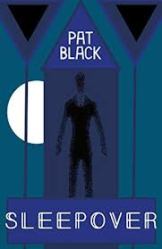 Sleepover is an over-the-top horror-murder which is more fun than scary. It escalates to an extreme, leaving you checking behind the door for Dapper Davey, the well dressed killer on the loose.

The story is well written and drew me in right away. 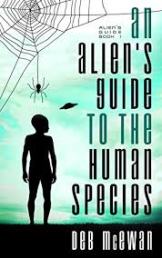 While the idea behind the book is a good one, the writing itself is very matter-of-fact and flat.
There’s a subtle but important difference in being told a story and being told of a series of events. The characters may as well be cardboard cut-outs they are so 2-dimensional and the plot is lost in a tedious list of things these characters do. They don’t do much.
The plot itself is an interesting idea, it is well-edited with no errors, but the writing needs a lot of work and perhaps some rethinking. 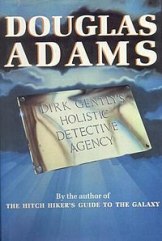 I was utterly delighted with the brief reference to Hitchhikers.

It’s been sat for so long on my to-read shelf, I ended up watching it on Netflix before I ever got near it. Then I googled it and found out there’s a British TV show which I still need to sit down with, and finally I remembered I have the book, gathering dust.

Svlad Cjelli, otherwise known as Dirk Gently is not a psychic, not even a little. Definitely not. It’s just coincidence.

He is a holistic detective who will find your missing cat through proving the fundamental interconnectedness of all things.

It’s exactly the kind of book you’d expect from Douglas Adams, and every bit as good as Hitchhikers. 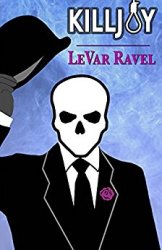 Elizabeth, known better as Gwen, has been made a fool of. Her husband and their business have been made fools of. The only reasonable way to deal with the cause of their unhappiness is with a hitman.
The best man for the job is the man who makes his hits look like suicide, making certain that his employers are never implicated in the death at all. No one knows how he does it, they just know he’s the best.
The story starts off well and is hard to put down. The characters interact well, Gwen and Charles in particular, and in a way that while it’s easy to see how they got where they are, it’s still frustrating. By the end of the book, it was like I’d known them for years.
It does come a little heavy on the moral lessons, the ending a little cloying. The story itself is good, though. 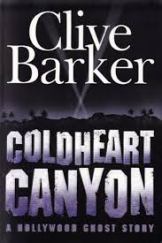 Todd Pickett has a face-lift that goes horribly wrong, and has to go into hiding until he has recovered, in the hopes that he will recover. The perfect hiding place is found in Coldheart Canyon. The beautiful house and grounds are neglected but liveable, and although are not to Todd’s usual tastes, he is quite happy to stay. It isn’t long before Todd finds out why Coldheart Canyon is so lost to the world, however.
This one was read in just a few days. I wasn’t sure about it to begin with, having started at the start like you do, about a canyon. It didn’t take long to get right into the story though. The the celebrity name-dropping made me smile, but at the same time made the book much more real and was much easier to get into the plot.
These are not people I can relate to, with problems that I am faced with and at no point was there an attempt to ‘normalise’ these super-stars for me. This was much appreciated.
Where I was disappointed is in how much story happened after the story ended. Everyone except the dead got their happy-ever-after, everything worked out well and it was as glittery, shining and fake as the people the book is mocking. In a way it was the perfect ending, but it went on for a little too long and felt a bit like the author was uncertain of where to stop.

This one isn’t an easy one to read, or review afterwards. I can’t say what it was that kept me reading until the end, and I mean I couldn’t put the book down.
The characters are awful, especially the main character, Brody, who is hell-bent on self-destruction, selfish and unable to realise that his problems are mostly caused by himself. His need for love, to be wanted or needed, is matched only by his unwillingness to believe that he truly deserves it.
All of his actions, from the self-harming to the reckless drug use and the many suicide-by-accident attempts are as hard to understand as they are easy to empathise with. All while reading, all I could think was that he needed to pull his head out, realise he isn’t the only one hurting and stop being such a selfish…. ahem. But it’s not as easy as all that. Brody never sees he has choices and options that don’t include destroying himself.
The ending does give some hope, though it could go either way and there could easily be a sequel there.
The book is very good. The characters are well written and the descent into madness smooth. I think that more could be done to make it easier to engage with the main character as it does get tiresome to constantly feel as though he brings his bad fortune to himself.